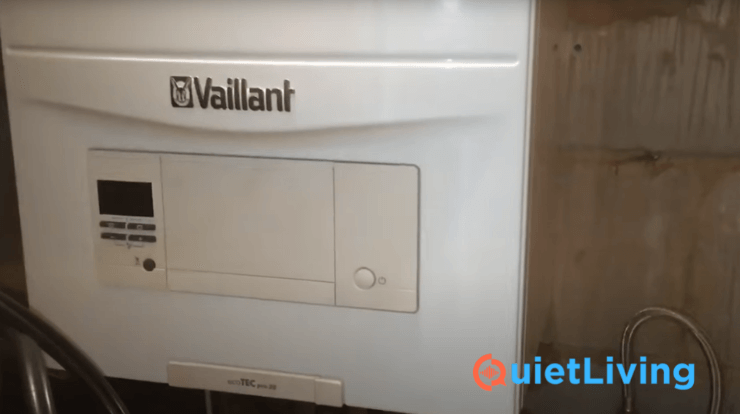 Boilers are an essential part of the house, and they are not cheap pieces of kit. So, when they start to make random noises, it is entirely normal to start panicking.

But boilers make plenty of noises that are signs of nothing untoward – even when they’re turned off! If your boiler is making noise when it’s turned off, here’s what the noises are likely to mean and what you can do about them.

Banging from the boiler can send panic through anybody and is often loud enough to wake people up at night, too. So, what causes it?

Delayed ignition is a common issue in traditional gas boilers with pilot lights. In more modern boilers with electronic ignition systems or combi boilers, this problem is less likely. If you are hearing occasional, loud bangs from your gas boiler, it may well be caused by delayed ignition.

This issue occurs when gas accumulates in the chamber without being lit. Usually, a gas boiler works by opening the gas valve when the boiler is turned on, allowing the gas to travel through to the gas combustion chamber.

There, the pilot light should light it, producing tall flames to heat the heat exchanger. Sometimes, however, the pilot light doesn’t ignite the gas, and the valve stays open. This leads to a build-up of gas within the chamber, which continues to accumulate until suddenly it creates a mini-explosion.

How to Fix Delayed Ignition

Delayed ignition can be caused by a few different things, from a restricted or weak pilot light, low gas supply or too much air. The most common cause, however, is an issue with the pilot light. The resulting explosion, unsurprisingly, is bad for your boiler, but it is also very dangerous.

If you suspect that your boiler is experiencing delayed ignition, you should be sure to fix it as soon as possible or hire someone else to.

It is safer to hire a professional to fix an issue with a pilot light, as they will be able to safely inspect and relight your pilot light whilst also ensuring there are no gas leaks or other potential dangers around your boiler.

The other cause of loud banging noises from a boiler when off (or when on) is referred to as kettling. More specifically, the noise is a mixture of whistling, popping, and banging. It is an alarming sound, but luckily, isn’t one of the most urgent boiler concerns!

Kettling can be caused by leaks, overheating or simply a buildup of limescale. Most commonly, however, the noise is caused by the latter. Limescale builds up easily, and in older boilers, limescale can easily build up around the heat exchanger. This then causes a restricted flow of water, which will start to steam. It also causes collections of bubbles that pop, creating further noise.

Kettling caused by a leak is harder to find than that caused by limescale and may result in you searching and following pipes around near your boiler to search for any water or cracks in the pipework. Likewise, it is hard to determine whether your boiler is overheating without first ruling out the other causes of kettling.

How to Fix Kettling

For kettling caused by limescale, you can fix the noises by purchasing a full house water softener system or you can install a hard water filter. You can also opt to replace the boiler, but this is an expensive and inconvenient process that many people are unable to do.

If the kettling is caused by a leak, you will need to hire an engineer to find and solve the leak. Trying to fix it yourself may lead to more issues, and if you have a warranty on your boiler, it is likely to breach the terms of the agreement.

Unfortunately, kettling caused by overheating is usually a sign of a boiler that is on its way out. This means that there isn’t much that can be done to solve the issue short of just buying and installing a brand new boiler.

Also read: How to Soundproof a Boiler Cupboard (Kitchen or Hall)

Whistling can be an eerie sound to suddenly start hearing around your house, and once you determine that it is coming from your boiler, it can be even more fear-inducing! There are a handful of things that might make your boiler whistle when turned off.

Just like banging, kettling can sometimes create a whistling noise within boilers. This occurs when the steam tries to escape, or when air escapes from leaks within the pipes. If you notice banging and whistling from your boiler when it is off, then kettling is likely the culprit.

How to Fix High Boiler Pressure

Fixing high boiler pressure is relatively simple, you just must bleed the boiler. To do so, you will need to collect your user manual and use it to locate the bleeding valves. In most systems, these can be found on each radiator.

Turn your boiler on and place a bucket or towel under the chosen radiator. Then, using a radiator bleed key or a flat screwdriver, open the bleed valve. Air will escape, and then water will too. When the water appears, close the bleeding valve. Check the pressure gauge, and if need be, repeat the process on another radiator.

Low boiler pressure can also be the culprit when it comes to a whistling boiler. The boiler can lose pressure when there is not enough water in the system, causing the water to boil erratically when off, which can continue to create noise once the boiler has been turned off.

How to Fix Low Boiler Pressure

To fix low boiler pressure, you’ll need to repressurise your boiler. To repressurise, first, check that all of the radiator bleed valves are entirely closed.

Then find your boiler filling loop (your boiler installation engineer should have provided you with one, or your landlord may have it). If you do not have one, you can purchase one, or check your usual manual to see if your boiler has an internal filling loop.

As well as banging and whistling, boilers have been known to gurgle away. This is less suddenly alarming than the other two noises and is usually caused by one of two things.

Occasionally, the air gets trapped within the boiler and the pipework surrounding it, and as it tries to force itself out it can whistle and gurgle from the pressure. This isn’t usually too harmful, but the gurgling noise can be both disturbing and irritating.

How to Fix Trapped Air in a Boiler

The best way to reduce trapped air within a boiler is to simply bleed it out of the system. You can do this with a radiator bleed key or flat head screwdriver. Be sure to lay down a towel or bucket before you begin to bleed the radiator to protect the floor.

Sometimes the boiler pressure rises, and this can permanently damage your boiler. You can see whether this is to blame for your boiler’s gurgling noises by checking the exterior pressure gauge. If it is, you will need to tackle it quickly. 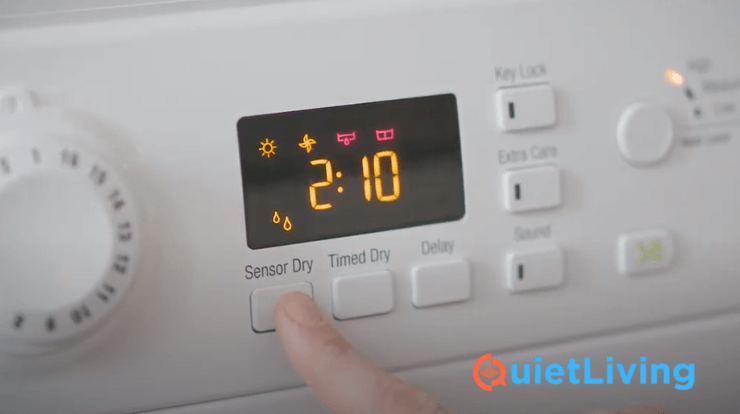 Why Is My Indesit Tumble Dryer Making a Screeching Noise? 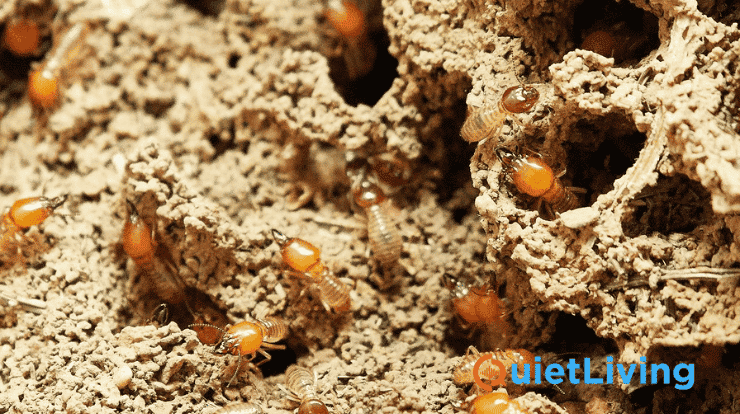 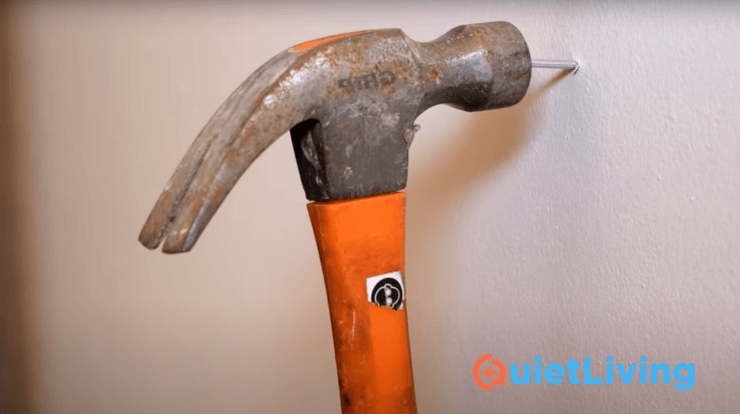 DIY Noise on a Sunday: The Do’s and Don’ts 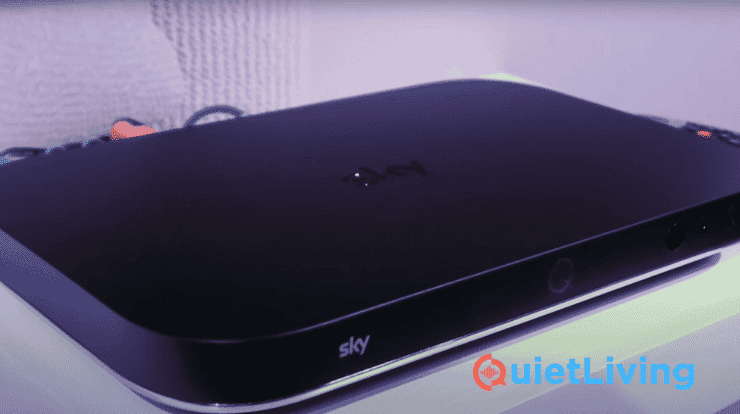 Why Your Sky Q Box Makes a Loud Fan Noise 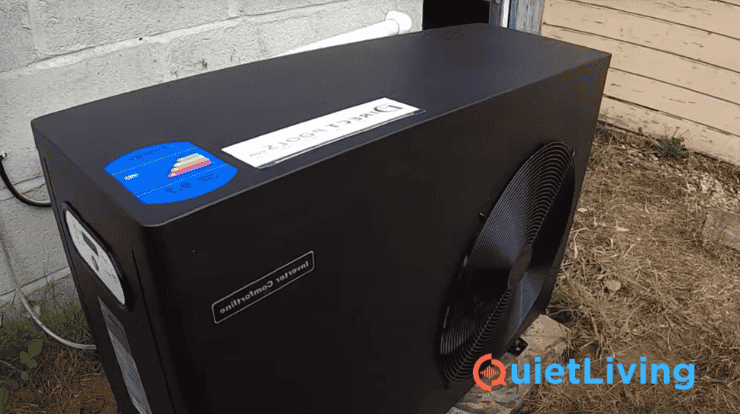 Heat Pump Noise: How Noisy Are They?