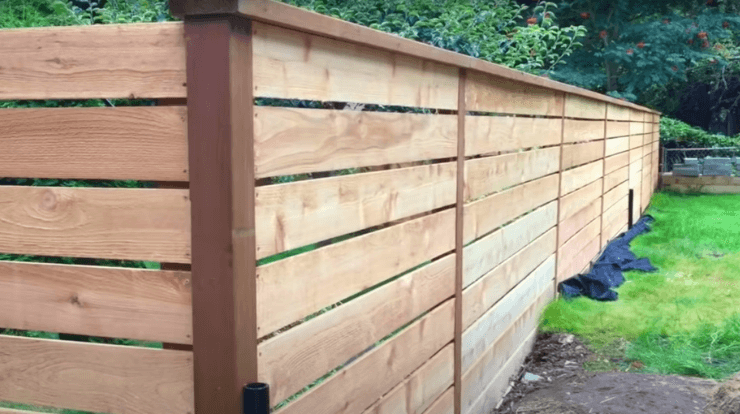 We’ve all been there. You move into your new home. It’s beautiful, it’s clean, and you can’t wait to start living in your new space. Then, a few weeks later, the neighbours start making noise at night. They’re loud, they play music until 4am, and they don’t seem to understand that when they’re being obnoxious at a volume level of 11, you’re trying to get some sleep.

But what can you do? With a little courage and some good old-fashioned trickery, you can get your noisy neighbours to pack their bags, buy some earplugs, and move on over to another part of town.

However, before you begin to “fight fire with fire,” here are some cool ways you want to try out.

Dealing With Noisy and Bad Neighbours

Try to be kind when interacting with your neighbour. A conversation that started politely will have a much higher chance of ending amicably.

When you greet your neighbour in the hallway or at the mailbox, don’t scowl or avoid eye contact. Instead, say hello and smile at them. If they’re not already aware of the problem, you may want to gently bring up the issue before going into full attack mode.

Starting things off on a good note might just make them more willing to listen to what you have to say later.

If your neighbour agrees to lower their noise levels but then continues to be noisy, don’t hesitate to talk to them again. A polite reminder may be all that it takes for them to readjust their behaviour.

This can seem like a risky move, but many noisy neighbours are simply unaware that they are being bothersome. They may not realize that their noise is traveling through the walls of your shared home, or they might not understand how much it’s affecting you.

Being polite and asking your neighbour to keep the noise down can lead them to adjust their habits, making you both happier in the long run.

It’s best not to wait until you’re frustrated by their noisy behaviour to reach out. Instead, have a friendly chat with your neighbour as soon as you notice their noise level begins to interfere with your daily life.

If they don’t respond well to this approach or continue to be loud after the initial conversation, it might be time to take more extreme measures.

Reconcile your expectations: It’s possible that some of the noise issues that bother you aren’t illegal in your area. If this is the case, you’ll want to determine whether a new arrangement could be made acceptable between you and your neighbour.

It may be helpful to give your neighbour some ideas for how to address their noise problem instead of just complaining about it (for example, if there’s an outside air conditioner that’s making noise, suggest that they cover it with an insulating blanket).

You could even offer your assistance in providing a solution. For example, if one of the problems is that their music is too loud, you could offer to help them soundproof their apartment or house. If they tend to run the vacuum cleaner at odd hours of the day or night, perhaps they could benefit from using a quieter model.

This is a good strategy for two reasons: First, it shows that you’re interested in helping them resolve the issue rather than just getting revenge on them. Second, if they’re oblivious to the fact that they’re making all this noise, your suggestions might work – and you’ll end up with a quieter neighbour!

After all, a simple fix is better than having neighbours at each other’s throats.

Ways to Get Your Neighbours to Move

Now we’ve ran through how to deal with bad/noisy neighbours, sometimes however, negotiating with your neighbour can prove ineffective. If this is the case and your neighbour persists in being too loud, here are a few steps you can take to help persuade them to move.

We won’t go to much into revenge tactic, and more what to realistically do to make them actually move. If your interested in that, we’ve also wrote an article on harmless ways to get revenge on neighbours.

Have you ever played a game of ‘good cop / bad cop’? You know, where one person tries to get information while the other tries to intimidate them into confessing? Well, that’s basically what we’re going to do here – except you’re going to be both cops.

You don’t need a fancy sound system or expensive equipment for this. All you need is something that will make noise (your television/laptop will work), and some way to play it loudly (speakers). When your neighbour turns up the volume on their music or television, you turn up yours as well. This will likely infuriate them, but it’s a way of highlighting how unpleasant they are being.

This method could be considered harassment depending on what you do and how often you do it but if your neighbour is harassing you first, there is no law against defending yourself from such actions.

If you choose this route, be careful not to do anything that could cause more damage than good. For example, if you are trying to make your neighbour move out because he is being too loud at night, turning up your TV in the middle of the night might not be very effective – unless you don’t mind losing sleep yourself.

2. Find Out When They’re Most Vulnerable

Find out when they’re most vulnerable and exploit their weakness. If they like to sleep late on weekends and garden during the week, do all your power drilling on Saturday and Sunday mornings rather than during the week.

Make sure they know that it’s not just you who hates them – it’s all their neighbours as well. Get together with everyone else who lives nearby and ask them to complain as well. It might be enough to make them move if they see that their obnoxious behaviour is making life miserable for everyone around them.

If you have a homeowner’s association (HOA), find out what the rules are about noise and other issues like parking or landscaping violations and try to get them evicted for violating those rules, if possible.

Regardless if you own or rent, if you live near excessive noise you can always make a formal complaint. This slightly varies from council to council., but you can search here. Simply use your postcode and it will direct you to your local council page on making a complaint.

if you rent, check your contract to see if any provisions prohibit excessive noise or anything else that might be causing the problem. If so, then write a letter stating what actions they’ve taken in violation of the contract and remind them of their obligations as tenants or renters. You should also add that further legal action will be taken if they don’t comply with the provisions in the agreement/contract.

Also, meeting with other owners or residents who may have had similar problems in the past can be helpful as well.

If you’ve been polite and reasonable about your concerns and your neighbour still refuses to change his ways, the next step is to call law enforcement. You should start by contacting your local police department’s non-emergency line.

Also read: Is It Illegal to Play Loud Music After 11pm?

When you talk to the police, it’s important that you don’t become too frustrated or angry. It’s also critical that you keep evidence of any noise disturbances, so you’ll have something concrete to present to the officer when they arrive.

If your neighbour throws loud parties every weekend, make sure some witnesses can corroborate what they hear and see.

Police will be familiar with your town’s noise regulations and will be able to determine whether your neighbour has overstepped their boundaries. The police can issue a warning or charge them with disorderly conduct. If your neighbour continues to cause excessive noise after being warned by the police, you may be able to take them to court for violating local noise ordinances.

You want to act quickly and decisively, but you don’t want to be a jerk about it. You must be diplomatic and not aggressive. Most importantly – and this can’t be stressed highly enough – document everything. In the meantime, we’ve also wrote an article on how to stop worrying about noisy neighbours.

Everything you do, say, and send via email should be documented and saved. Be sure to keep copies of all notes or emails that you send out as well. You never know when one of those little bits of information will come in handy down the road, even if right now it seems insignificant. 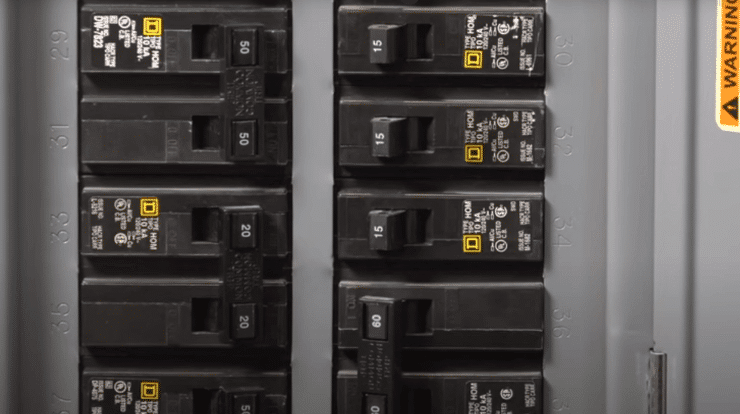 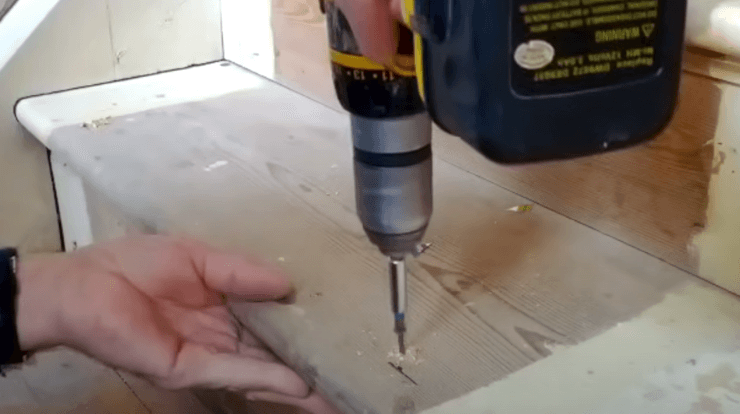 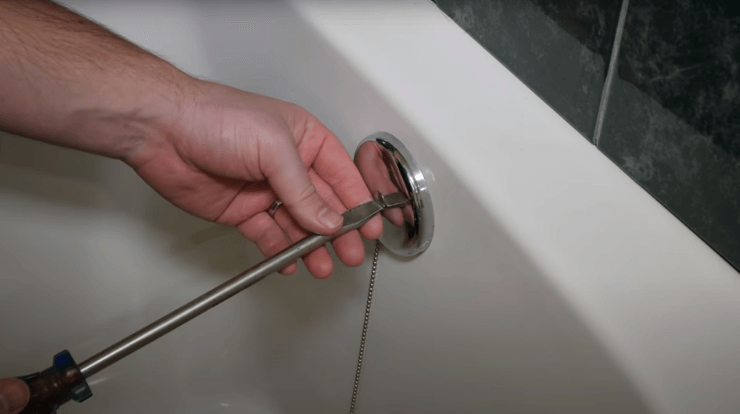 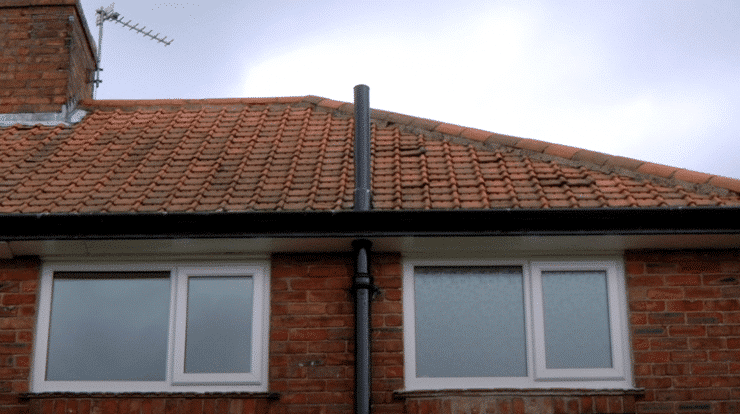