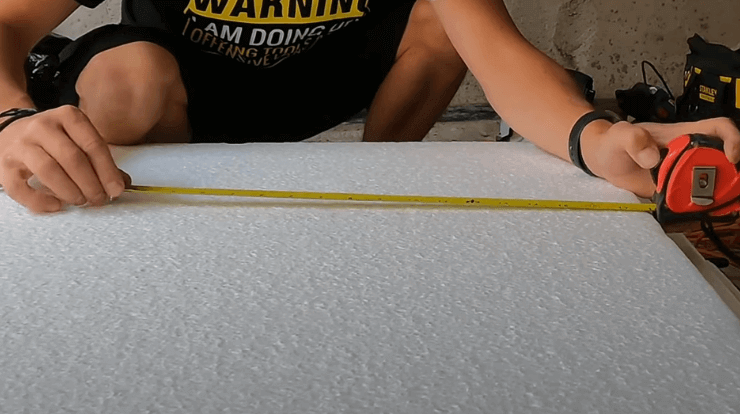 There are many ways to insulate your home or office to keep your heating and cooling costs down. One of the most common methods is the use of polystyrene foam products, including foam wall insulation and open-cell insulation foam.

Polystyrene is best known as the stuff that foam cups are made from. But it’s not just used in disposable products. It’s also used to make insulation and packaging materials, as well as other things.

Polystyrene is a synthetic polymer made of styrene monomers, which are small molecules that bond together to form polymers. Polystyrene is usually white but can also be clear or have a pink hue.

This material is often referred to by its generic name Styrofoam, which is just one of the many brand names for this product.

Moreover, polystyrene can take many forms, depending on the manufacturing process. It can be made into rigid sheets for use in construction and insulation or into bottles for use in food and drink packaging.

The material has many uses beyond plastics manufacturing, including making carpet padding, insulation boards, and containers for biological samples. It’s also used as an additive in some foods and medicines to improve their texture and stability.

What Does Polystyrene Mean for Sound?

When it comes to sound insulation, the materials used in a wall or ceiling play a major role in the quality of the insulation. One of the more common materials used for soundproofing walls is polystyrene, also known as Styrofoam.

Polystyrene is one of the most thermally insulating materials available and it’s cheap to manufacture. We can look at how this material works as a sound absorber.

Acoustic foam can be made from polystyrene using special techniques. However, if you’re treating low frequencies, then you need larger pores to absorb lower frequency sounds.

For polystyrene to be effective in absorbing sound, it needs to be compressed by a certain amount over its natural size. This will create an opening between two sheets of polystyrene that allows sound waves to pass through while being absorbed by each sheet.

A proper air gap will ensure that the polystyrene sheets are not touching each other to trap sound effectively.

Will Polystyrene Help With Sound Insulation?

Polystyrene is a petroleum-based plastic that, when expanded into rigid foam panels, provides excellent sound insulation. It is often used for acoustic insulation in walls and ceilings, either alone or as well as other acoustical materials.

It is not, however, a good sound absorber (sound absorbers “soak up” sound; they don’t reflect it). This can be important if your goal is to reduce the amount of noise that escapes from a room into adjoining rooms.

Although it is not as effective as some other sound insulators, polystyrene can help to reduce noise in some instances.

Transmission of sound through polystyrene is largely dependent on the thickness of the polystyrene foam. A guide from the National Sound Insulation Association notes that at a thickness of 1 inch polystyrene provides an STC (sound transmission class) rating of about 30. Which means that only 30 dB of sound will penetrate through it under ideal conditions. 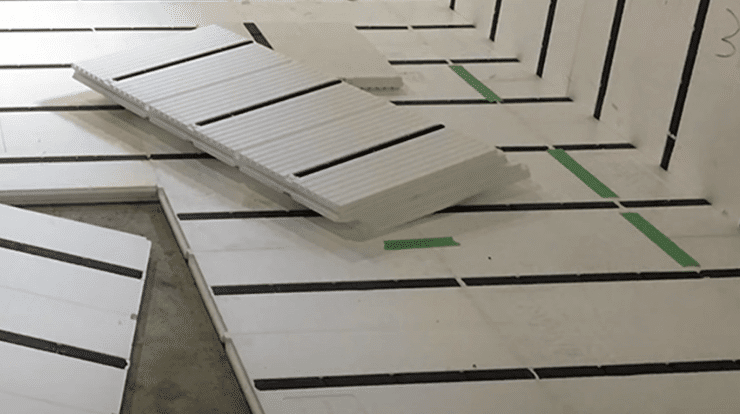 Why Use Polystyrene for Sound Insulation

If you live in an area where there’s a lot of road noise or construction, you should take advantage of soundproofing.

Trucks, trains, and airplanes can all be incredibly disruptive to your life if you don’t have the right measures in place to dampen noise. Insulating the walls with polystyrene is an excellent way to stop these disturbances.

Easy to Work With

Its basic characteristics make it an easy choice for soundproofing. Polystyrene is lightweight, easy to cut with minimal effort, and it doesn’t require a second person to move. You can install the insulation by yourself, so you won’t have to worry about asking for help.

When you’re looking for ways to soundproof a room, it can be tempting to use pricey materials like fibreglass or cellulose insulation. But the truth is that these options are often too expensive for people who simply want to reduce overall the noise.

Polystyrene insulation is a great alternative because it’s easy on your budget without sacrificing quality.

A good reason why you should use polystyrene for sound insulation is that it does not absorb any moisture. This makes it perfect for areas where there is a high level of humidity and moisture such as basements or bathrooms.

Polystyrene insulation doesn’t require any special installation techniques. You can simply place it in between two different walls or floors and that will do the trick! Because it comes in sheets, you can easily cut it down to size without having to hassle with complicated installation methods.

It Works Well in Any Environment

Whether you’re building new walls or blocking off an existing structure, polystyrene will work well for you. If you want to create a soundproof wall, however, double up on the polystyrene for better results.

Another great benefit of using polystyrene for sound insulation is that it has low thermal conductivity rates. Meaning it will help to keep the heat in during the cold months and keep cool air indoors during the hotter months. This is a double win for you.

If Not Polystyrene, What Are the Alternatives?

Polystyrene is just one of the many different soundproof materials available. Other soundproofing materials that may be available to you include glass wool, Rockwool, and recycled rubber. There are also various types of soundproof panels, with some panels being more effective against certain types of sounds than others.

Glass wool: Glass wool is mainly made from recycled glass and has some other benefits such as thermal and acoustic. However, this material doesn’t make good use of natural resources, which is why it’s not in high demand.

It also has a low R-value (thermal resistance), so it’s extremely poor at insulating against heat transfer.

Polyisocyanurate: This material is sometimes used as an alternative to polystyrene because it is more fire-resistant than polystyrene. The main issue is that it releases formaldehyde when it melts. This isn’t a good choice if you’re looking for environmental friendliness.

Foam glass: This product combines the best properties of glass fibre insulation and polystyrene, which makes it a great alternative.

Rockwool: Rockwool is a mineral material that does not emit any toxic substances. It has high acoustic resistance and can easily be cut into any required shape.

Cellulose Fibreboard Insulation: fibreboard insulation is made from recycled newspapers (around 50% of the content). It is highly effective at sound absorption and its acoustic resistance can be increased by adding Kraft paper or Rockwool. It is cost-efficient and easy to work with.

Mass loaded vinyl (MLV): is a highly reflective material used to make car floor mats, weightlifting platforms (the kind you stand on at the gym), and other products. Mass loaded vinyl is prized for its sound absorption ability, which means it cuts down on echo and reverberation in rooms.

The reality is that there isn’t a perfect sound insulator, but polystyrene can certainly be a great addition for soundproofing needs.

It should not be used on its own if the goal is complete sound dampening, but it will keep sound out. 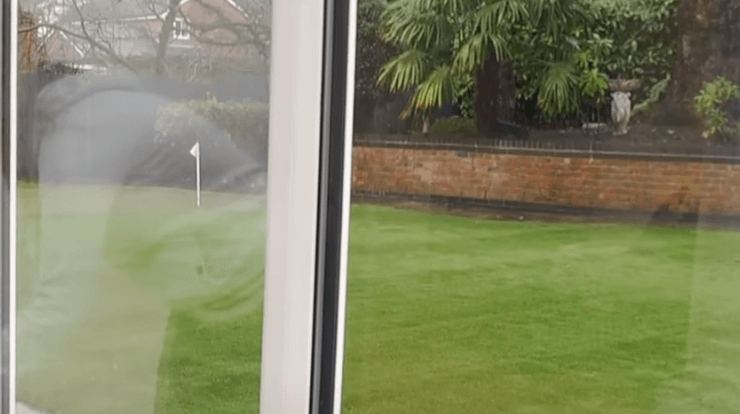 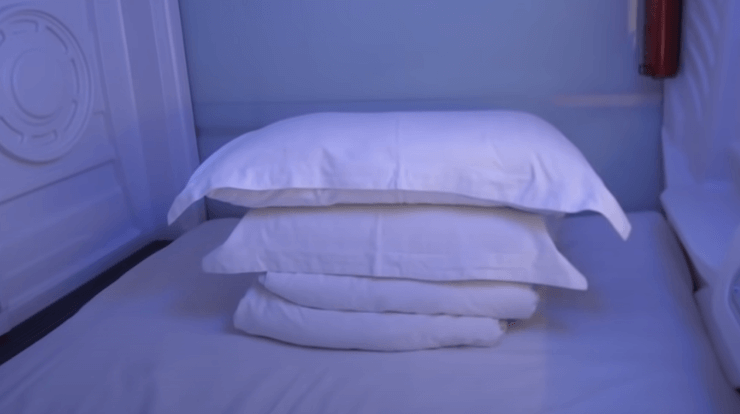 Soundproof Sleeping Pod: Are They Worth It? 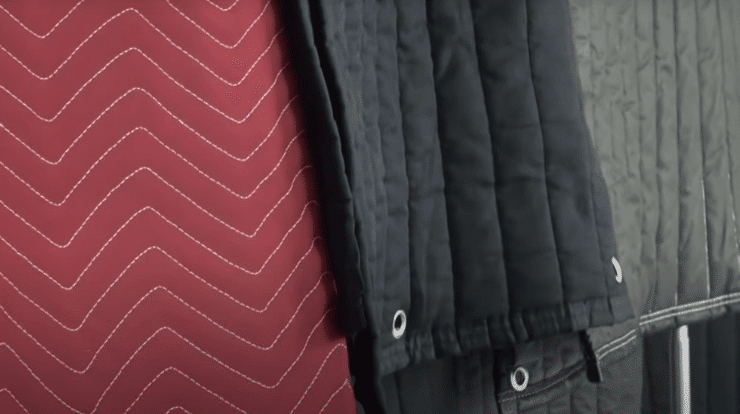 Moving Blankets: Are They Any Good for Soundproofing? 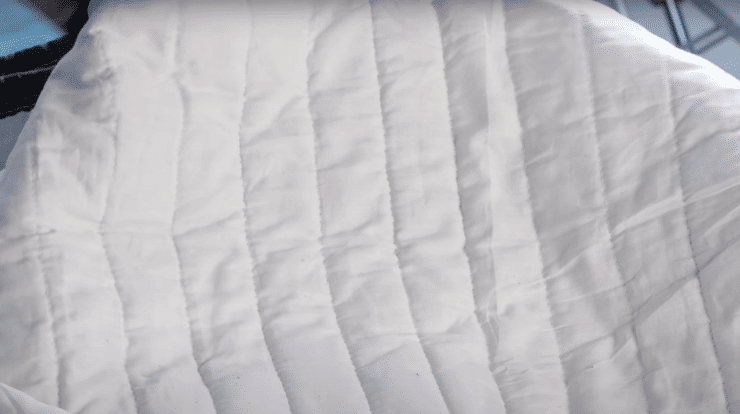 Bass Traps: How to Use Them for Soundproofing