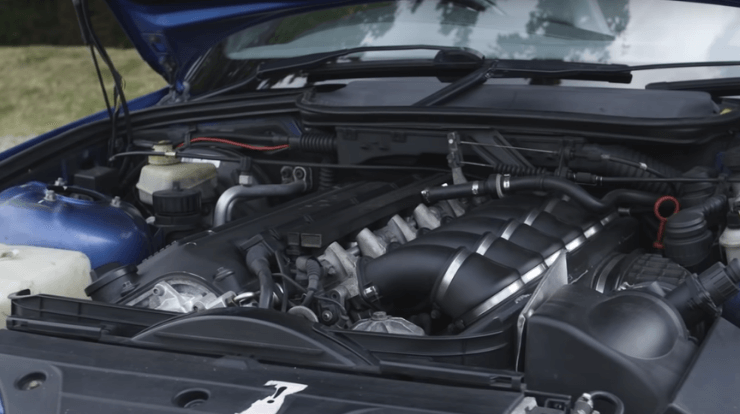 If you’ve ever had a diesel car, then you’ve probably wondered why the engine sounds so loud. Petrol cars don’t sound so loud, so why should diesel engines?

Well, there are actually a lot of reasons why diesel engines sound so much louder than petrol cars. And thankfully, there are a variety of methods to help you reduce the amount of noise that your diesel engine makes.

We’ll discuss why diesel engines are so much louder than petrol engines, just how much louder they are, and what you can do to reduce the noise they make. Let’s look, shall we?

Why Diesel Engines are Noisier Than Petrol

You may be wondering why diesel engines tend to be louder than petrol ones. Well, there are actually 7 main factors why. They are, high compression, gear timing, the overhead, the air compressor, a potential turbocharger, the engine fan, and the engine brakes. Let’s look at each one in a little more detail.

Gear timing – Unlike petrol cars, most diesel engines are timed mechanically. This means that diesel cars will have larger gears, which produce much more noise than petrol cars.

The air compressor – The compressor in a diesel engine engages when the brake system needs air. When this occurs, more noise is generated around the engine, ultimately resulting in more engine noise. 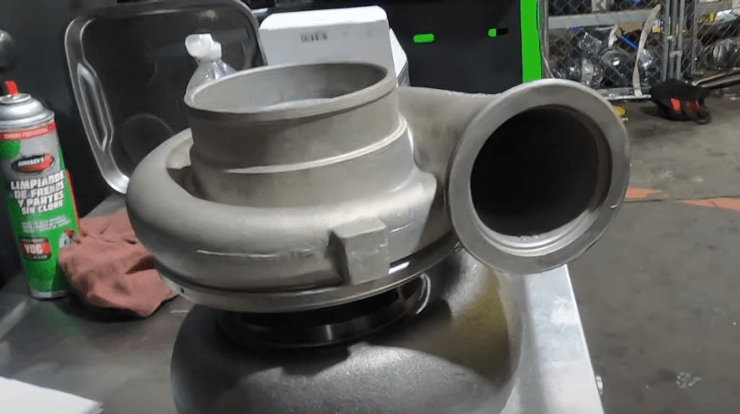 Turbocharger – Most diesel cars have a turbocharger, whereas most petrol cars do not. Turbochargers contain a turbine that can spin extremely quickly and makes use of compression. The combination of a high RPM and compression result in increased engine noise.

The engine fan – The engine bay houses a large cooling fan, which helps to pull air to the coolant. It also helps with the air conditioning system. The size of the fan, as well as the speed in which it turns all contribute to the noise it makes, which is very loud.

The engine brakes – Whilst not all diesel engines have engine brakes, many do. Engines brakes open and shut the exhaust valve, helping to slow the car down. However, this process is extremely loud, so much so that some areas won’t allow engine brakes. As such, cars fitted with engine brakes will have the option to turn them off, so not to disturb residents.

How Much Louder Are Diesel Engines vs Petrol?

A petrol engine is around 70 dB when running. On the other hand, a diesel engine can be upwards of 80 dB.

The specific noise of an engine depends on a variety of factors. For instance, the engine size, the engine location, and the compression ratios. This means that a petrol engine could actually be louder than a diesel engine, if it was a much larger engine, for example.

However, on average, diesel engines are much louder than petrol ones. Diesel fuel is much less filtered than petrol, which means that there are more particles within the diesel fuel. This ultimately means that there will be more matter to explode, therefore making more noise. Older diesel engines will also be louder than more modern ones, as new engines have measures to make the engine run more smoothly.

There are a variety of ways to reduce diesel engine noise. The main ways are, use noise reducing oil, install car soundproofing material under hood, make sure doors and windows are air-tight, use the proper fuel and use thick, soundproof mats.

Using regular engine oil may be contributing to your engine noise. This is because regular oils don’t contain much lubricating material. If you want to reduce the noise that your engine makes, try switching to a synthetic oil. Synthetic oils contain much more lubricant, which can reduce friction. A reduction in friction will help moving parts to function more smoothly, which will ultimately reduce the noise that your engine makes.

One thing to bear in mind is that synthetic oil is very expensive. If you’re on a budget, you may want to consider using part-synthetic oil. This type of oil is much more cost-friendly and will still reduce engine noise by a considerable amount. Paired with a few other methods on this list, and part-synthetic oil will do just as well as fully synthetic oil.

Believe it or not, your car mats could be a massive helper if you’re trying to reduce engine noise. You can buy soundproof mats for relatively cheap, and they’ll make significant contributions to reducing engine noise. They’ll help to stop any noise coming from the floor of the car, which can be hard to stop in any other way.

And once you’ve purchased and installed them, you’ll never have to do anything else with them. So, if you’re looking for an easy and inexpensive way to reduce your diesel’s engine noise, soundproof mats are a great option.

Your car comes with a lot of insulation under the hood, designed to stop noise from reaching you in the cabin. However, this insulation usually isn’t enough to stop engine noise, especially in diesel cars. Luckily, you can add your own insulation to combat the issue of noise like Silent Coat or Dynamat.

Simply use insulating materials in the areas most prone to noise filtration. Many diesel cars have a small indent under the hood. This is a perfect place to add your own insulation, as it won’t disrupt the engine at all. If your car doesn’t have such an indentation, then simply clipping your insulating materials to the hood will also work well.

But make sure that you don’t place any insulating materials in areas that could disrupt the engine. The last thing you want to do is block the engines air flow and end up killing your engine. 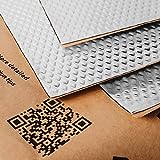 4. Ensure the Doors and Windows Are Airtight

If you’re experiencing lots of engine noise when driving at higher speeds, then you may have a problem with the rubber seals around your doors and windows. If these seals are faulty, then engine noise will be able to get into the cabin much more easily, which will make your journey much more uncomfortable. Luckily, your seals can be fixed easily.

All you’ll need is a flathead screwdriver and some replacement seals. Simply pop the old seals off by using your flathead screwdriver to get under the seal and lift it up. Then, slide the new seals round the doors and windows, making sure they are smooth and fitted snugly.

This should reduce the amount of engine noise you hear whilst driving, as well as other outside noises such as the wind and other cars.

5. Use the Correct Fuel

There isn’t just one type of diesel that works for all diesel engine cars. In fact, your car will have its own preferred type of diesel, and you may be using the completely wrong type. Your car’s operating manual will state the preferred cetane number for your engine.

If you’ve been using the wrong cetane number, then your engine is more likely to produce more noise. Simply refill your car with the correct diesel and you should notice an automatic reduction in engine noise. What’s great about this method is that it addresses the problem head on.

Instead of masking the noise, such as with the insulating techniques, you’ll be reducing it at its source. This is going to lead to permanent noise reduction, and you may also notice that your engine will run more smoothly.

So, there are a lot of ways to reduce diesel engine noise. If you use multiple methods, then you’ll experience the best result, and you may even reduce the noise of your engine in the cabin altogether.

Clearly, diesel engines produce a lot of noise. This might seem like a massive problem, and one that cannot be fixed. However, there are a wide range of methods that you can use to fix the noise entering. You don’t have to be a mechanic to try these either.

In fact, nearly all the methods can be done in 30 minutes or less and will certainly be worth your time. But, if you ever feel out of your depth, then call a professional to get the issue sorted. 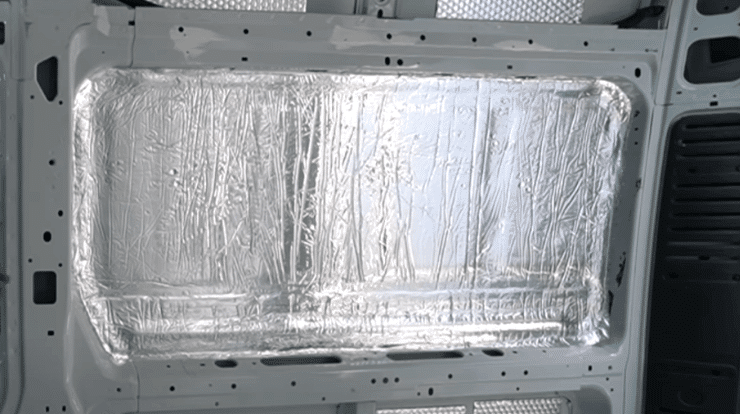 Van Sound Deadening: How to Soundproof Your Van 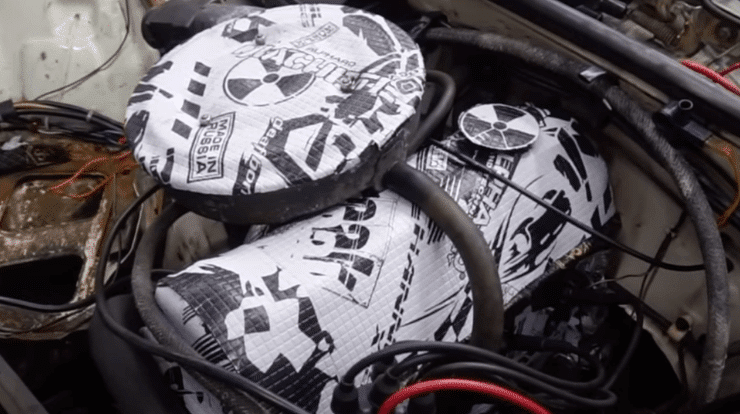 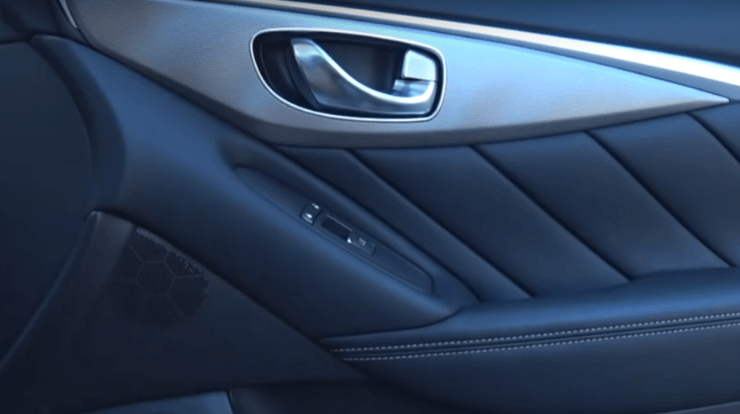 How to Stop a Car Door Rattling From Speakers 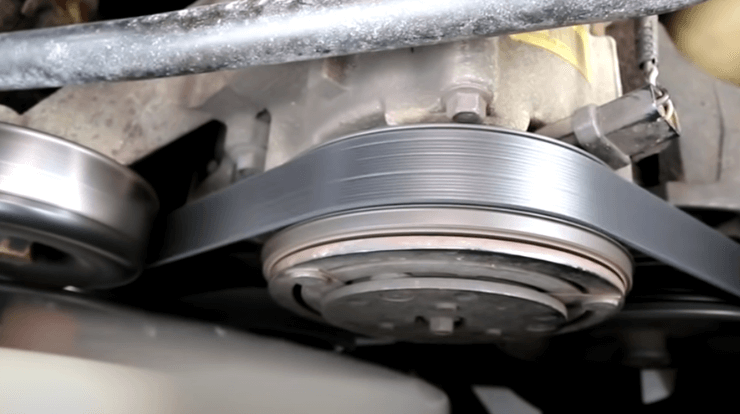 8 Reasons Your Car Is Squeaking When Driving 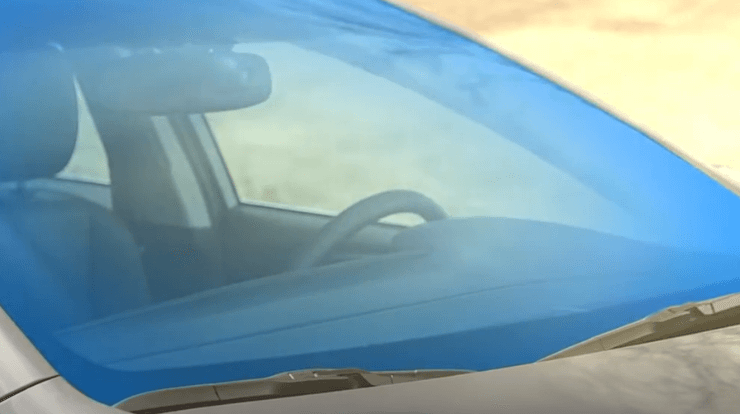 Acoustic Windscreen: Do They Even Work? 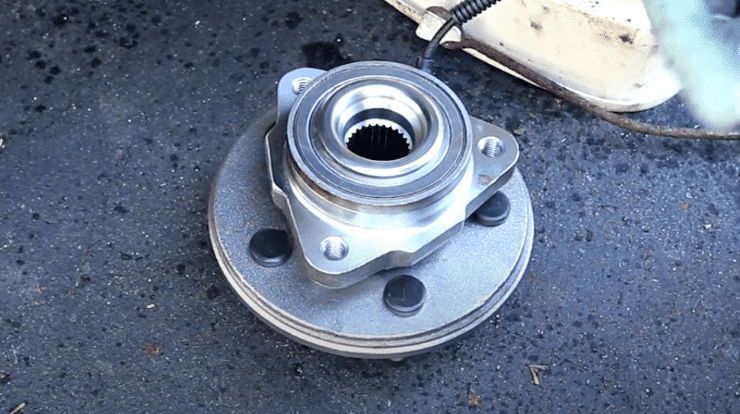 5 Wheel Bearing Noises and How to Fix Them